Today is my wonderful husband's 29th Birthday!! So, Happy Birthday!

He's a great husband (4 years now) and a great new Daddy. He's smart and funny and very laid back about life. He has strong beliefs in the truth of the word of God and he's very driven by his beliefs. Lately he has been between jobs and, therefore, home more. He has bonded even more deeply with our son while he's been home and we've enjoyed the extra family time.

Mom's and Dad's are not the same - - we all know this. But it's very obvious when there is a problem or a need that Mom's reaction would be very different and Dad's reaction is usually to PLAY. Examples: The baby's sleepy and fussy... Daddy can be goofy on the spot and dry up those tears. The baby's hungry, we're in the car, crying has continued... Daddy can make up a silly song on the spur of the moment, containing 100's of crazy sound effects to entertain and bring out a smile. The baby doesn't want to get dressed - take a bath - whatever... Daddy will make it into a Game!! I once overheard a conversation between my husband and the baby, while the babylove was on the changing table. Daddy said something like, "It's time to go get your diaper changed and your PJ's on... I've gotta put you on the 'baby table'... this is where you change into a baby... It's time to put on your baby-suit... Yeah, this is where you come to dress up like a little baby..." Earlier, when our son was a new-born, I over heard a made up song (also while standing at the changing table) about where the PeePee's and PooPoo's go! I think the words "land field" made their way into the song?!! Oh, the endless creativity.

To end my Ode to my Husband, I'm including this video below. This was invented, created, filmed, edited, and produced by my funny funny husband this past year. Enjoy:

1.) Become more active
2.) Laugh A LOT especially when tickled
3.) Play the "Where's the Baby" game with a shirt or blanket
4.) Drinking water out of MOM's water glass
5.) Utilizing the God-given teethers... the "big" toe or all of my fingers at once
Posted by AtlantaMama at Sunday, January 27, 2008 No comments:

Rolling off the sofa: Fun Game or Dangerous New Skill

SNOW!! SNOW!! SNOW!! Down in the Atl we don't get much snow, in fact I feel like it has been several years since I've seen snow stick to the ground. We had TWO snow days this past week and it was really a lot of fun. Our little boy is too young to really play in it, at 5 months, but he watched it coming down and "cooed" at the white stuff falling in our yard. My husband enjoyed playing in it... he had a few good snowball fights for sure!

The other big deal for us came late one night as I was checking e-mail, I looked behind me because I could hear the baby laughing. My husband claims he did not "teach" him... but the baby was ROLLING OFF THE SOFA and into his (my husbands) arms. Laughing Laughing. And wanting to to do it again & again because it was just so funny!!

My freedom has ended. This is not a "fun game" for Mama. This means that she can no longer run to PeePee without the baby love being contained - - being safe - - always watching..... But I guess it was going to happen soon enough. I just wasn't ready! It happens fast, huh?!!
Posted by AtlantaMama at Sunday, January 20, 2008 2 comments:

One: A friend's 1st Birthday Party

Three: My first weekend to wear my jeans, again!!!! Hallelujah, I thank the Lord that I can fit into my old jeans again. It was the first outing without maternity clothes in 9 or 10 months and it felt GREAT! Yea!! (It serves as positive motivation to keep walking, keep nursing, and keep loosing the weight.)

Two Blow-outs and A Blow!

On my child's 20th week of life, we experienced two blow outs and a blow.

Sunday was the day of the first major diaper blow-out (of the week). We had gone out to eat after church and then my husband wanted to get his hair cut. As we were waiting, I leaned in and told him that I really felt that the hair place STINKS like Elephant poo and I just wasn't sure we should get his hair cut there. He replied, "It just smells like a hair place to me." I was freaking out... yuck... it really smells bad. We picked up a conversation with some other folks there. The baby got fussy in his car seat, so my husband unbuckled him and got him out. As he picked him up, my husband's had got wet. Never a good sign. I looked down to see that the poop is all over his leg, bottom, and car seat!! And that smell... was my child!!
To the car we go. I took him out there and began the clean up. Before I could get to all of the leg poo he had kicked his sock into it and drug it across the matte and the passenger seat and almost kicked it on me - - got the socks off - - No more kicking poop!! I found a TARGET bag in the back and began loading all of the dirty clothes in there. It was crazy. I used ALL of the wipes we had with us and finally get him cleaned up and in some dry PJ's.
As I was cleaning him up, I saw his "doggy" (a stuffed blue puppy) in the parking lot!! I could not get to it because I was taking care of the baby, but I was so sad at the thought that the Dog could get run over at any moment. Thankfully, a family came out of the restaurant and their little girl rescued him and brought Doggy back to us! All was well and everything and everyone when in the wash when we got home!!

The second blow-out and the blow happened yesterday. My husband found out that the company he's been a manager with for a while, is just not going to make it. So, we are looking for something new. And then the baby pooped in my lap!! Yes, it was also a side leg blow-out... all over my jeans!! Then we had dinner with our best friends and felt very encouraged.

So, we are in a time that feels like another transition. Have you felt that way? It's like, God allows us to go through some shifts or changes and we actually feel it happening. But change is not all bad. In fact, I think that God has something really great for us in 2008.
Posted by AtlantaMama at Thursday, January 10, 2008 2 comments:

In the days and months leading up to the Iowa Caucus last night... I had great hopes for HUCKABEE. Last night as we watched the news coverage, I felt like it was the SuperBowl kick-off for a new era in Republican politics. What will happen next?

To Resolve or Not to Resolve... that is my question!

Shall I resolve to start anew for a new year? Or set NO standard what-so-ever, and therefore I cannot fail myself because I did not endeavor to do anything different, challenging, or new.
The road less traveled, the narrow way, the much more difficult choices in life often have the greatest rewards.

So... I did set some New Year's Resolutions for myself. Did you?? What are yours?

The new goals are broken down into separate areas of my multi-faceted life.
1.) New goals for myself as a wife... to love and serve my husband in the ways that he needs me to and to bless our marriage... to go on adventures and have fun together... to create memories...
2.) New goals as a new Mama... to be the best Mom I can be to my Son as he goes thru all of the changes and mile stones that will lead up to this time next year when he's 15months old!!... to finally finish my Thank You notes from all of our 7 baby showers (yes, 7 or 8 showers for ONE baby - - wow - - we are loved)... I look forward to teaching him to talk and walk but I sure am enjoying the baby phase!! It already feels like it goes by so fast. I don't want to rush it.
3.) New personal goals... loose more baby weight by being more active and doing more cardio and continuing to nurse... I'm pursuing some dreams with photography and learning a new photo editing software... And probably the most important goal I am setting for myself is in the area of spiritual growth in 2008. The reason: Before I had the baby I was going to and doing so many things that were keeping me in the powerful presence of Jesus. Post baby, this has been harder and I've stopped attending the same small group, prayer group, and bible study (did that Daniel study a while back and it was awesome!!) because I just can't with the baby right now. So, I want to figure out what I CAN DO for this new year.

Sometimes we are pursuing God's presence in our lives and we are being very active... and at other times in my journey I look back to see that He has invaded my presence even when I was not (for any given reason) at that time seeking Him. He loves us so deeply that He will not allow us to wonder too far or get too isolated. Isolation is a hard hill to climb as a new "stay-at-home" Mom, isn't it?! But yet, I know, I am not alone. In Christ we are never alone.

This is not EVERYTHING I desire to do in 2008, but this is the sort list of goals. It started today. I took on the whole "serve my husband" thing by sorting and semi-organizing his closet. If you had seen the overwhelming MESS that was his closet... you would send me a gold star for my chore chart. But servant hood is not about getting noticed. Being servant hearted is a choice that fights against my selfish nature. Being a servant is the best form of true leadership.

Who are you becoming in your NEW year??
Posted by AtlantaMama at Wednesday, January 02, 2008 1 comment: 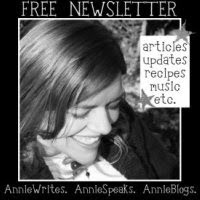 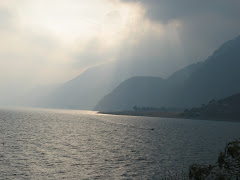 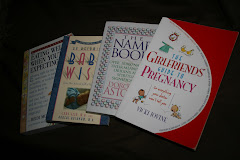 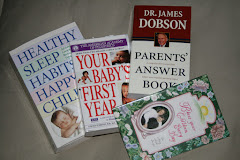 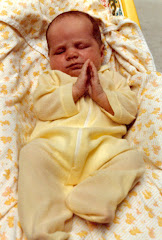